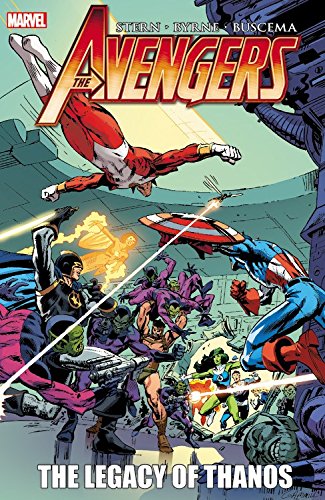 When Monica Rambeau, the new Captain Marvel, takes a visit to Thanos’ abandoned starship, she ends up the unwitting — and unwilling — guest of space pirate Nebula…who plans to conquer the Skrull Galaxy, and who just might be the granddaughter of Thanos himself! If Cap’s teammates back on Earth can topple the towering Terminus in the Savage Land, they’ll be drawn into Nebula’s interstellar conflict…but this time, the Avengers will fight on the side of the Skrulls! Get ready for a cosmic classic as the flame-haired Firelord and the all-mighty Beyonder enter the fray. And it’s a small universe when the Fantastic Four appear — but can even two teams of heroes prevent the biggest shakeup in Skrull history?