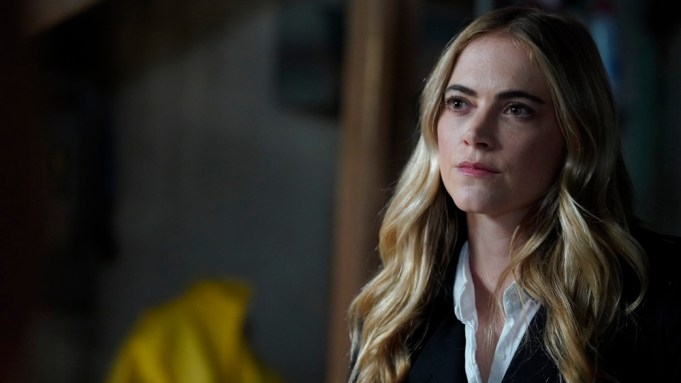 Longtime NCIS star Emily Wickersham has cleared up speculation that she might be leaving the crime procedural, confirming in an Instagram post that the Season 18 finale was, in fact, her final episode.

“Hangin this hat and jacket up. What a great ride it’s been,” wrote Wickersham, who portrayed Ellie Bishop on the CBS drama. “This cast, this crew, are top notch. I can’t say enough kind words about this group that I’ve had the pleasure of working with for close to 8 years now and 172 episodes later. This business is finicky and weird and consistency is a rarity. I’ve been lucky enough to be a part of a show where I got to show up and act and laugh and learn with wonderful people. A moment in time I surely won’t forget. Thank you CBS and NCIS for including me in a part of television history. Time goes fast. Eat it up but chew slowly ❤️”.

In Tuesday’s season-ender, it’s revealed that Bishop had deliberately revealed herself to be the leaker of a confidential NSA file a decade ago so she could go undercover as a disgraced NCIS agent, working for Odette (Elayn Taylor). In the finale, Bishop leaves after giving Torres (Wilmer Valderrama) a goodbye kiss, saying she’ll be gone for a long time.

Wickersham had been with the CBS crime procedural since Season 11.